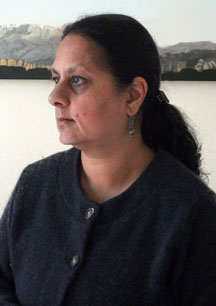 Homeopathy in the World
According to the World Health Organisation (WHO), homeopathy is the second largest system of medicine in the world.

It is extensively used in India and Britain where there are homeopathic hospitals, in Europe and Latin America; and increasingly in Australia, Canada and USA and NZ.

History of Homeopathy
Homeopathy originated and developed in Germany 200 years ago by the physician Dr Samuel Hahnemann (1755-1843).  He was dissatisfied with the medical practices of his time where patients were given harmful medicines and the mentally disturbed patients were retrained by chains and subjected to violence and abuse.  He was also concerned about living conditions and diet.

Apart from being a physician, Hahnemann was also fluent in eight languages. As the size of his family grew he supplemented his income by doing translations. He was translating a herbal text A Treatise on Material Medica by the Scottish physician Dr William Cullen.  In this book Cullen claimed that Chinchona (also known as Peruvian Bark, the source of quinine) was effective in the treatment of malaria.  Hahnemann questioned his theory and began to experiment on himself.   He and his colleagues took Chinchona and even when diluted, developed malaria like symptoms and when they stopped taking it the symptoms disappeared.  Based on this he found that medicines which caused disease-like symptoms in a healthy person could cure the diseased individual.  Homeopathy became a popular and successful treatment of infectious disorders such as cholera, typhoid and scarlet fever which were prevalent at that time.

Homeopathy and Disease
Homeopathy is derived from the Greek words homoios meaning ‘similar’ and pathos meaning ‘suffering’.  In homeopathy, the body has vital energy which regulates the body’s function.  Stress, hereditary factors, and the environment, weakens this energy causing dis-ease.  Disease is a complex of physical and emotional symptoms. Homeopathic remedies are matched with the ‘disease’ picture and given in diluted doses to prevent side effects and to stimulate the body to bring the vital energy back to its healthy state.

The Three Principals of Homeopathy
The word ‘homeopathy’ is derived from the Greek words homoios meaning ‘similar’ and pathos meaning ‘suffering’.  Homeopathy is based on three principles:

Homeopathy is Safe
For a rapid, gentle and holistic approach to wellness in the shortest, most reliable and most harmless way, homeopathy is a drug-free approach to good health. It is safe for all ages including babies, children pregnant women and the elderly.  The remedies are either little pilules or drops hence easy to take.

Homeopathy is offered to people with the following:

Chronic conditions
This is an illness which had continued for a long time such as:

Homeopathy can also be used constitutionally to strengthen the body’s immune system and improving physical, emotional and mental wellbeing.  This constitutional strengthening is particularly important for children as their growth is fast and they need support to fight again reoccurring illnesses.

What Happens in a Consultation
Consultations are by appointment and are completely confidential. I first obtain information about your presenting symptoms, your physical health, emotional and mental wellbeing and family history before prescribing a remedy that is highly individualised and unique for your case. The remedy is given either at the end of the consultation or posted within a few days.

Your very first consultation may take up to one and a half hours.  Follow up consultation takes 30-45 minutes and takes place 2 to 4 weeks later to evaluate the progress of the condition and to make any changes to the remedy if required.  Before the follow up, your progress is monitored by phone.

Who am I ?
I am Lalita Kasanji.  I was born and brought up in Miramar.  I studied at Victoria University and left with a Masters Degrees in Sociology.  After a career in market research and ethnic/multi-cultural affairs we moved to Sydney  where my son developed asthma.  With fabulous results using homeopathy I embarked on my homeopathic qualifications at Nature Care College in Sydney.  On returning to Wellington I completed my studies at the Wellington College of Homeopathy and now practice from the Miramar Natural Health Centre.

The Consumer’s Guide to Homeopathy by Dana Ullman

Quotes from Mahatma Gandhi on Homeopathy
“ Homeopathy is the latest and refined method of treating patients economically and non-violently.”

“Homeopathy …. Cures a larger percentage of cases than any other method of treatment and is beyond doubt safer and more economical and most complete medical science”.